People wondering why the National Football League (NFL) is now America's premier sporting organization can look beyond football's inherent violence. The NFL does a fantastic job of marketing to multiple demographics, including women. While watching NFL highlights today, I noticed players with pink shoes, pink gloves, pink towels, coaches in pink hats, and I thought, "What's up with this?"

The NFL is making a significant and symbolic effort to "Make Strides Against Breast Cancer":

The NFL, its clubs, players and the NFL Players Association are proud to support the fight against breast cancer. Our campaign, "A Crucial Catch", in partnership with the American Cancer Society, is focused on the importance of annual screenings, especially for women who are 40 and older. Throughout October, NFL games will feature players, coaches and referees wearing pink game apparel, on-field pink ribbon stencils, special game balls and pink coins - all to help raise awareness for this important campaign. All apparel worn at games by players and coaches, along with special game balls and pink coins will be auctioned off at NFL Auction (www.NFL.com/auction), with proceeds benefitting the American Cancer Society and team charities. This is an issue that has directly touched the lives of so many in the NFL family, and we are committed to helping make a difference in breast cancer prevention.

I thought this was an excellent example of a sport that typically exudes traditional masculinity shifting its gendered norms to actively support a cause historically considered a woman's issue. And in this public service announcement, Arizona Cardinals star wide receiver, Larry Fitzgerald, makes this statement, noting how breast cancer has had an impact on his life: 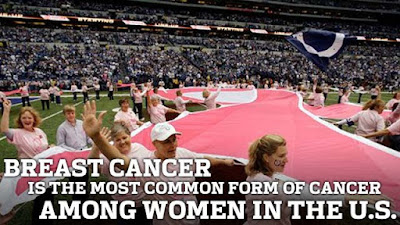 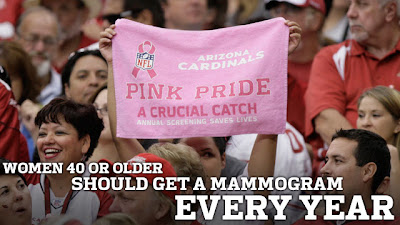 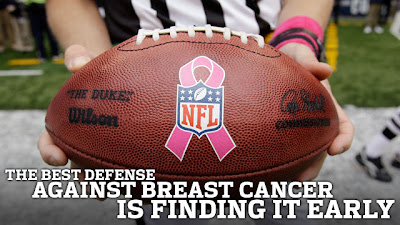 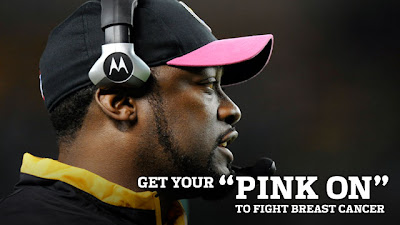