ESPN's "Outside the Lines"

Part of our discussion from earilier today - ESPN's "Outside the Lines" (hopefully this video will be available for a week or so).

academics directory
Posted by David Mayeda at 7:59 PM No comments:

Email ThisBlogThis!Share to TwitterShare to FacebookShare to Pinterest
Labels: sports 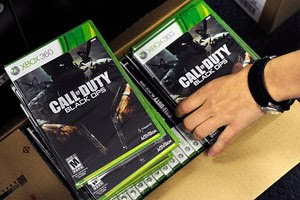 In 1997, Hutchins and Phillips published an important article in the International Review for the Sociology of Sport, titled "Selling Permissible Violence." The article utilizes Australian rugby to illustrate that standards of violence fluctuate in society. These fluctuating standards of violence are contingent upon the market's commodification of violence, evolving technology and media, and political ideology. And while Hutchins and Phillips's article centers on sporting violence, the concept of permissible violence can be extended to other forms of popular culture, as well as war.

It is important to note a few other dimensions of the commercial. First, it makes a concerted effort to include a very diverse array of additional characters -- men, women, younger people, older people, those from different ethnic and occupational/class groups. This diversity tactic then leads to an ending slogan: "THERE'S A SOLDIER IN ALL OF US." In other words, all of us (supposedly) have the innate capacity and desire to partake in war (or at least buy the video game).

The commercial has generated a small degree of controversy. On ESPN, sports pundits discuss whether or not Bryant's participation in the commercial warrants a response from NBA Commissioner, David Stern:

Bomani Jones hits the nail on the head. With approximately 1 minute left in the video, Jones points out that if Bryant was re-enacting what's portrayed in the video game, Grand Theft Auto (e.g., murder, assaults, prostitution), he would be reprimanded by Commissioner Stern. However, because Bryant, Kimmel and the other actors are re-enacting war against each other, and presumably against American enemies in the game, the portrayed violence is at the very least permissible, and more likely glorified as a kind of American patriotism.

And this is the problem with America's blind fascination with war -- the general public only sees what our media wants us to see. We see the most extreme violence (death) glamorized and commodified in "benign" video games, leaving the public completely misdirected from the realities of war.

Bryant and Kimmel's participation in the commercial, and in turn support of this war-based game, speak nothing to the physical and mental health concerns soldiers (including American soldiers) experience because of war (listen to Terry Gross's fantastic interview for a discussion on soldiers' mental health concerns: Psychologist Craig Bryan: Treating Vets For PTSD).

Likewise, "Call of Duty: Black Ops" speaks nothing to the alleged war crimes that American soldiers have been accused of committing in Iraq and Afghanistan (Leaked U.S. Video Shows Deaths In Baghdad; A Murder Controversy in Afghanistan).

What we see in this commercial, is that war is not just permissible. It is cool. If Kobe Bryant and Jimmy Kimmel can have fun re-enacting war games and show "they have a soldier in them," video gamers should likewise view war-based video games that bring death upon others in fiction uncritically. But in real life, these media blitzes simultaneously and covertly also support American military efforts, without problematizing the tragic outcomes of war on all sides of the battlefield.

Should society be glamorizing war to make money, and turning to celebrities to peddle these products? I wonder, how many of the marketers for "Call of Duty: Black Ops" have been in combat, lost a limb, dealt with severe war-related mental health problems, killed someone, or had a loved one killed?